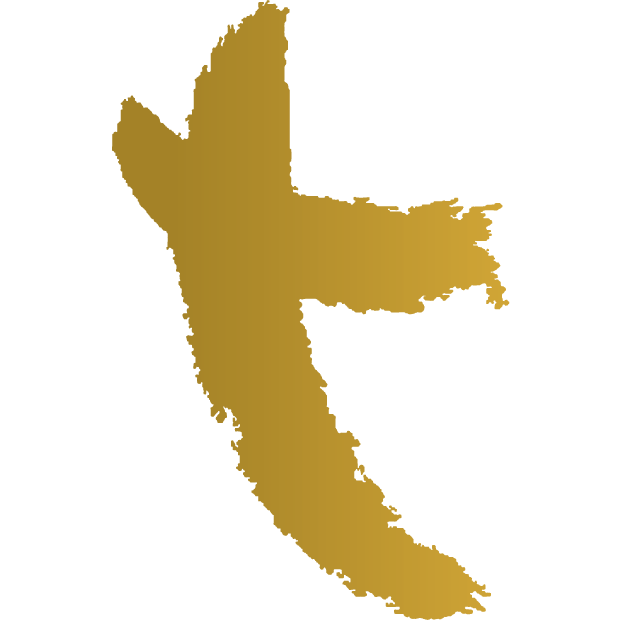 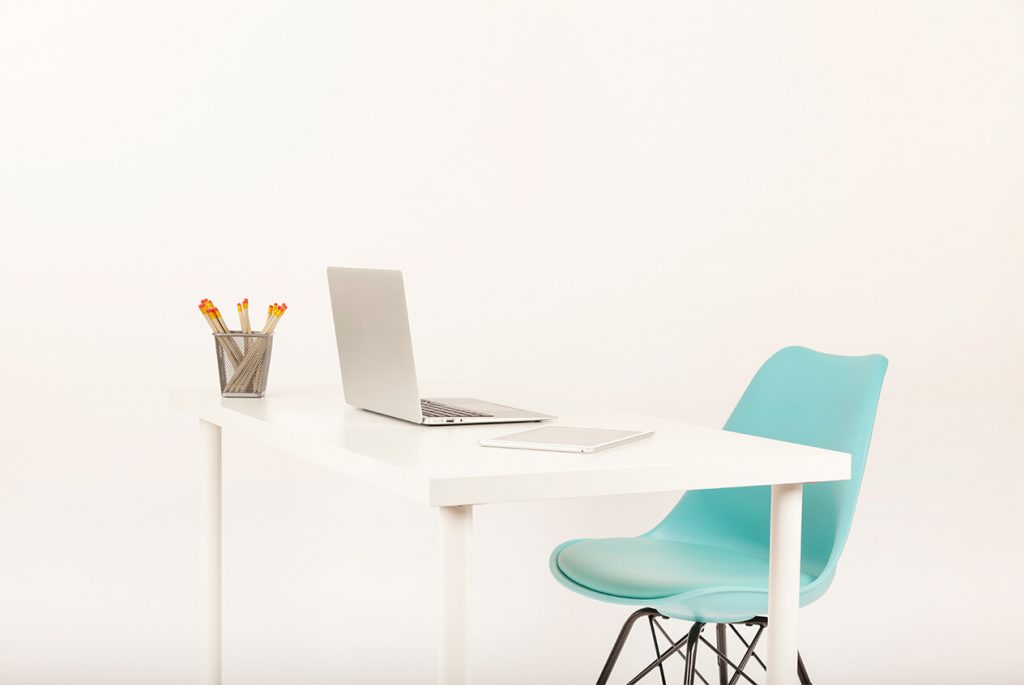 As developers, we need to be strategic in how we do this, lest our changes create more headaches down the road for both us and our users. 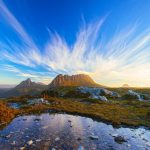 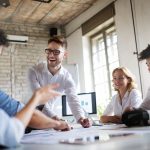 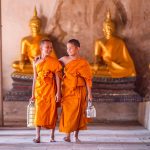 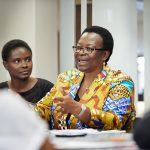 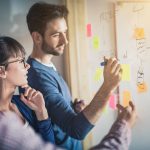 Who We Work With.

Great clients are in our DNA.

Who We Work With

We have worked at all levels of society including the highest levels of government, business and not-for-profit organisations. We have also worked across a variety of sectors with a particular focus on the utility, education, health and financial services sector in the past.

We are discerning about what work we say yes to. Our selection criteria requires active support for change from an organisation’s board and leadership team and whether the work is ‘deep enough’ to really support the growth and transformation of participants. We are not a ‘tick and flick’ organisation. When we work with you, we want you to experience the change you really wish to see in yourself and in your organisation.

AGL is a leading integrated energy business that has been operating for more than 180 years and has a proud heritage of innovation. ISI was engaged by the company to perform middle management coaching, conflict resolution and team development programs.

The Australian Antarctic Division (AAD) undertakes science programs and research projects to contribute to an understanding of Antarctica and the Southern Ocean. ISI worked with the division for several years mainly in the area of team development, Executive Development and Cultural Change.

The Australian Taxation Office is the Government’s principal revenue collection agency. The ATO’s role is to manage and shape the tax, excise and superannuation systems that fund services for Australians. ISI was engaged by the organisation to provide coaching and mentoring services.

Centre for Peace and Conflict Studies

The overarching framework for The Centre for Peace and Conflict Studies’ approach is anchored on the principles of demand-driven interventions that address the requirements of the stakeholders and the underlying causes of conflict: engaging conflict, engaging conflict actors, influencing policy and practice, strengthen dialogue and transforming leadership.

Challenger Limited is an investment management firm established in 1985 and listed on the Australian Securities Exchange (ASX:CGF) in 1987. ISI worked with Challenger in the early 2000’s providing Executive Team Coaching and Consulting Services.

Delta provides energy services to generation, transmission, distribution customers, to industrial, commercial and residential electricity users, plus electricity metering and testing services. ISI worked with Delta Electricity for several years. We were first engaged to help resolve a long term and deeply entrenched conflict within the organisation. This work transitioned into a whole system change and leadership program. This body of work was nominated for an Australian Human Services Award for Leadership Excellence and was the State winner.

Entura is one of the world’s most experienced specialist power and water consulting firms. Once again ISI has worked on different change, leadership and team development programs with Entura over a variety of years.

‘To shape the future that is needed in our world today we must bring into balance the masculine and the feminine. Indispensable feminine wisdom and qualities are needed now more than ever: the potency of compassion, the gift of deep listening, the brilliance of intuition and the warmth of inclusivity.’ This is the work of Femme Q and The Flourish Initiative. Mainly Europe based Impact Solutions International teamed with both initiatives to help bring this body of leadership wisdom to Australia.

The Folke Bernadotte Academy (FBA) is the Swedish government agency for peace, security and development. FBA supports international peace operations and international development cooperation. The agency conducts training, research and method development in order to strengthen peacebuilding and state-building in conflict and post-conflict countries. ISI was involved in Dialogue and Mediation training, coaching, mentoring and helping to facilitate the Role of Economics Actors in Peacebuilding over several years.

HSI Tas was established in 2014, as part of The Faculty of Health, to work with the Tasmanian health system to help improve healthcare delivery in Tasmania’s hospitals, for the benefit of patients. The work of the University of Tasmania’s Health Services Innovation Tasmania (HSI Tas) has been recognised with two short listings for the Ko Awatea International Excellence in Health Improvement Awards 2016. ISI worked with HSIT on an extensive whole system leadership development program. This included The Leadership Circle 360 as well as a series of carefully curated residential leadership development programs and one on one coaching for senior practitioners.

The Hutchins School is an Anglican, day and boarding school for boys from pre-kindergarten to Year 12 in Hobart, Tasmania. Established in 1846, Hutchins is one of the oldest continually operating schools in Australia. The school’s students consistently rank among the highest academic achievers in Tasmania and nationally; it has had 24 Rhodes Scholars. ISI worked closely with the school in 2007-2008 as it worked to develop a new community informed strategic plan. We also worked closely with senior leaders as a mentor and coach.

Hydro Tasmania is Australia’s leading clean energy business and largest generator of renewable energy. They stand ready to help make Tasmania the renewable energy battery of the nation and create an energy future that’s clean, reliable and affordable. ISI has worked across all levels of this state-owned utility for more than 18 years. Since that time we have lead large scale value-based cultural development programs, trained over a decade of graduates, supported the transition and development of several CEO’s and their teams, worked in the field to help build dynamic teams, resolved individual and team conflicts, and coached many employees as they have worked their way up the corporate ladder.

Snowy Hydro is a dynamic and growing integrated energy business. Snowy Hydro ensures energy security, underpinning the transition to renewables, and provide competition in energy markets. Snowy 2.0 is the next chapter in the story. ISI worked with Snowy Hydro to radically change the way the organisation led their enterprise bargaining process. Their previous process lasted 3 years. Working with all sectors of the community ISI trained and directed a successful whole system Enterprise Bargaining Process which was accepted within 6 weeks from beginning to end. This work was documented in the Australian Financial Review.

Southern Cross University is an Australian public university, with campuses at Lismore and Coffs Harbour in northern New South Wales, and at the southern end of the Gold Coast in Queensland. It is ranked in the top 100 young universities in the world by the Times Higher Education World University Rankings. In 2008 ISI worked with senior faculty members to resolve a difficult and entrenched conflict. This work also involved facilitated discussions and coaching.  ‘I learnt more out of these three meetings than all of my other professional development.’ Senior Faculty Member. Southern Cross University.

This bi-annual forum is a global network of organisations, communities and individuals committed to help bring about change in governance and decision-making, based on core human values. The Forum creates a safe space for deeper encounter, exploration and dialogue among leaders and change-makers to discover new ways to move forwards. Mary was an inaugural advisor to the international board. In 2014 Mary was the leader of the global facilitation team.

In addition to Treasury, Health, Education, DIER, TASCORP and TAFE Tasmania, ISI has worked with several politicians that cover the political spectrum. We have also work with high level public servants. We are interested in developing highly ethical leadership across the political divide to ensure a healthy and robust democracy for all. Our work has included large scale change, long term leadership development programs, team development, Executive Coaching, conflict resolution and values based cultural change.

Telstra Corporation Limited is an Australian telecommunications company which builds and operates telecommunications networks and markets voice, mobile, internet access, pay television and other products and services. ISI has worked with Telstra off and on over the years with considerable contribution to team development within Telstra Country Wide.

Tourism Tasmania is the Tasmanian Government’s tourism marketing agency. At present we are delivering 3 out of 4 modules for the organisations innovative Unordinary Leaders Program. This work includes The Leadership Circle 360, intensive modular development, and coaching.

The University of Adelaide

The University of Adelaide is a public university located in Adelaide, South Australia. Established in 1874, it is the third-oldest university in Australia. We have worked one on one with different faculty members over the years including leadership development and conflict resolution. In addition senior members of the organisation have attended bespoke invitation only leadership events. ‘I am so pleased to have been a part of the inaugural retreat on Wisdom and Leadership – it was challenging, insightful, edgy (because it is new and it had me on the edge a few times!) and most of all it was FUN!’ GM HR University of Adelaide.

The University of Tasmania is a public research university primarily located in Tasmania, Australia. Founded in 1890, it is Australia’s fourth oldest university. ISI has worked with the university in various roles over the role including working one on one with senior faculty members.